Four-door iteration of the M8 uses a 4.4-litre, twin-turbocharged V8 petrol engine that produces 600hp as standard and 625hp in Competition form. 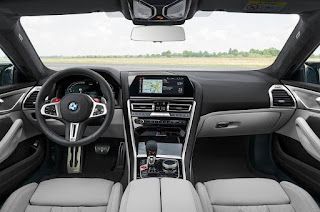 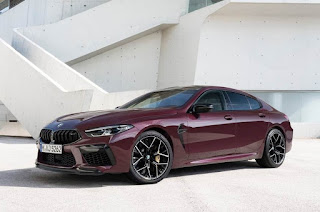 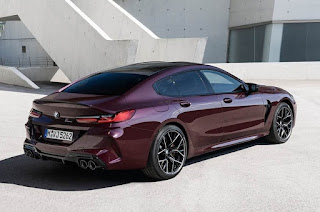 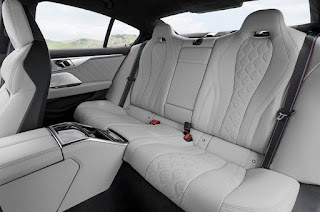 BMW's M car portfolio has been further extended by the introduction of the M8 Gran Coupé. The new M8 Gran Coupé sits alongside the two-door M8 Coupé and Convertible models and is pegged as a rival to the Mercedes-AMG GT 63 4-Door Coupe. The new BMW is powered by the same 4.4-litre, twin-turbocharged V8 as the two-door models, with identical outputs: 600hp in the standard model and 625hp in the Competition form.
Despite the extra 200mm added to the wheelbase to accommodate the rear doors, BMW claims the same 0-100kph time – 3.3sec for the base car and 3.2sec for the Competition. The top speed can be increased from 250kph to 306kph, if the optional M Driver’s Package is specified.
Like the Coupe, the Gran Coupe gets a variable all-wheel-drive system and an Active M differential. Various modes allow the selection of a more rear-biased setup, and turning everything off allows the M8 Gran Coupe to become an exclusive rear-wheel-drive.
BMW has not confirmed whether it will bring the M8 Grand Coupe to our market or not, but the standard 8 Series Gran Coupe is expected to make its way to India by mid-2020, and the 840i is expected to be priced from Rs 1.40 crore.

March 28, 2020
MG Hector MG Hector Latest Updates  Latest news: MG Motor India has announced that the Hector has garnered 50,000 bookings since its launch.  The Hector  can be had with a BS6  turbo petrol engine which displaces 1.5-litres and makes 143PS and 250Nm. A BS4 2.0-litre diesel engine is also available. Both petrol and diesel engines come with a standard 6-speed manual transmission. The petrol motor also has a 6-speed dual-clutch transmission on offer. MG also  showcased a 6-seater  variant of the Hector SUV at Auto Expo 2020. The third-row-equipped Hector could be  launched by the festive season  this October. MG Hector Variants Price List MG Hector prices start at Rs. 12.74 lakh for petrol and goes upto Rs. 17.44 lakh. The prices of Hector diesel variants start at Rs. 13.48 lakh and the top-end diesel is priced at Rs. 17.28 lakh. Editor's View of MG Hector Upside Great introductory price, a spacious cabin area, safety fe
Post a Comment
Read more